In our family, Tony has the only green thumb. In fact, I have killed, nay TORTURED and killed every single house plant we have ever owned. And you know those little potted pansies that they give out on Mother's Day at church every year? Dead by Father's Day. In fact, I think the only things that I have managed not to let die are our kids, which is actually a pretty great trade-off if you ask me.

So when Tony suggested several years ago that we start a garden, he knew he was on his own. 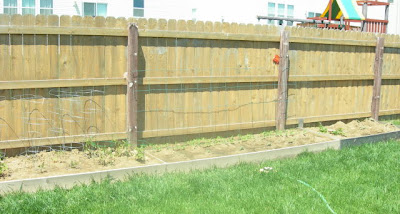 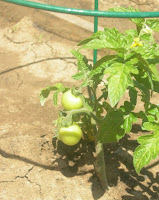 The first weekend in May, Tony and Sam planted our first garden at our new house. They more than tripled the size of the original garden box, prepared the soil, drew out a garden diagram, and planted their plants and seeds. Two weeks later, I am pleased to report that the pay-off for all their hard work has already begun. 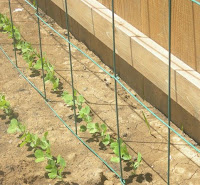 Tony started everything from seeds (except the tomatoes and strawberries), and we already have sugar-snap peas, squash, pumpkins, and cucumbers coming up.


I'll keep you posted on the garden's progress. And I promise not to touch anything.

I'm glad I have found someone else that does not have the talent of gardening. My husband is the one as well and is all about plants. You never came to our house in NE but everyone who has can tell you it was a jungle in there. Ha!

ahhh, I also suffer from homicidal tendencies towards plants (http) heehee My mother's day plant lasted all of 72 hours. I think we should get chocolate next year. There's less harm for everyone involved. : )

Wow! That is SOOOOOO cool! My two older girls and I used to have a veggie and a flower garden, but I gave it up for law school. I have been thinking about starting one up again with Laura now that the law school/lawyer days have passed me by. I'm going to get back to you for advice!

That is so great you have a motivated husband for stuff like. How fun to watch everything grow. What about rabbits...are they eating yoru plants??

I had to laugh about you torturing your plants first, because I think I do the same thing.

I wish I had an ambitious green thumbed hubby to do all that lovely gardening for me.

due to a dog and lack of space not already occupied by toys, i also do not do house plants. i love flowers though and am trying my hand at them this year. we tried tomatoes last year, but peanut got into them. i sure envy you for tony's green thumb--those veggies sound so yummy!!! let me know if you have an abundance and need to get rid of some :-).....

I couldn't help but laugh when I read this post. My husband refers to me as the chlorophyll assassin.

How exciting that you have you a garden producing food.

Oh you and I are kindred spirits. I am hopeless with gardening. Bravo to the men in your life (and garden). 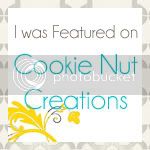