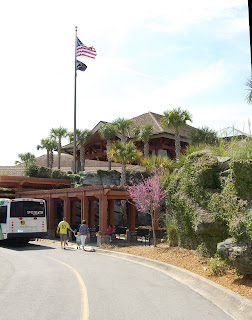 These next few posts are going to be a bit boring to most of you out there, but I wanted to share with our families (and get it documented for our blog book) some of the highlights of our trip to Florida.

We got to Orlando early late in the afternoon and Tony picked us up at the airport and we drove to Shades of Green, which is the military resort that is located within a few miles of all the Disney parks. It is really very beautiful...notice the MIA/POW flag flying under the American flag. 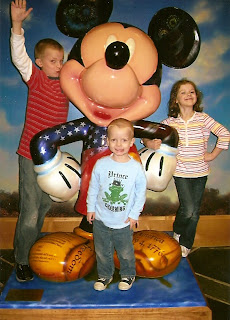 They had the cutest American Mickey in the lobby and the kids were so excited for their first glimpse of "the mouse." We got all settled in and had dinner...this is the first picture of the entire family we've had in months... 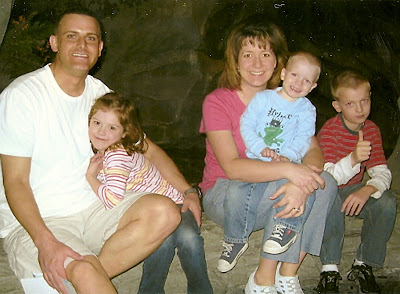 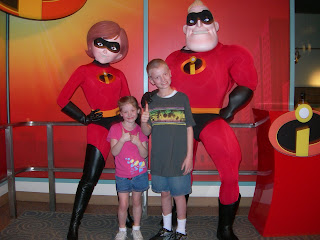 The first day at Disney we spent at Disney's Hollywood Studios where we met tons of characters (The Incredibles, Mickey, the guys from Up, Handy Manny and the Little Einsteins), got lots of autographs, and went to lots of shows (Voyage of the Little Mermaid, Indiana Jones, Star Wars, Playhouse Disney). The kids were great sports and walked until their little legs just about fell off. 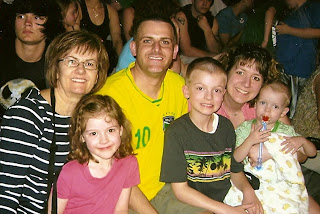 Then we stayed late to see Mickey's Fantasmic Show. We had to get there early to get good seats and a bunch of teenagers there for Spring Break got a wave going through the audience. The only reason I mention this is that Sam LOVED it! It was so funny to watch him play along. 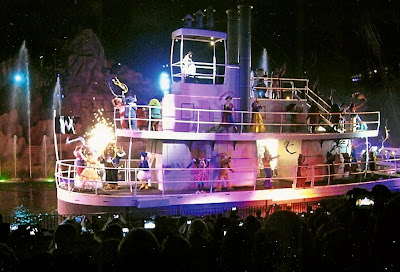 It was an awesome way to end the first day at Disney!
Posted by Amber M. at 1:27 PM

So nice to see a picture of the WHOLE family! I agree... Anna looks so mature. And I love Sam's "thumbs up." Must've gotten that from his Aunt. Loves to you all....

Looks like a great adventure. Absolutely love the picture of Anna snuggling up to Daddy. What a blessing to be together for some fun.

It looks like you had a wonderful time! It's great to see pictures of your whole family together!

Wasn't FANTASMIC FANTASTIC!?!? We loved that! Glad you had such a great time! So happy you all got to be together, especially at such a "magical" place! We {heart} DISNEY!!