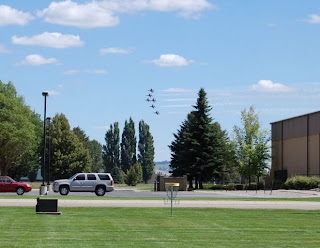 This weekend was the biennial Air Show here at Fairchild! It is something that we've been looking to for quite a while...ever since we learned that the Thunderbirds would be coming to perform. So when we were at the pool on Thursday and heard the roar of fighter engines, we knew they had arrived! 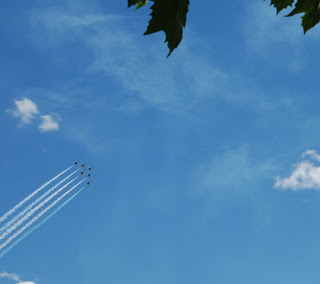 (We get spoiled because we live on a Tanker base and that even though we live very close to the runway, they are so quiet we rarely even notice their comings and goings). I must say, it was pretty cool to have them around! They did buzz the house on Thursday afternoon and scared the pants off everyone on the block, but we're willing to overlook it. They are the Thunderbirds after all. 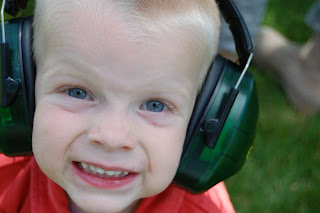 The base opens the gates to the public on both Saturday and Sunday and the place gets to be a ZOO. So Tony's office let loose on Friday afternoon and we had a potluck lunch at the big park on base and watched the Thunderbirds practice. 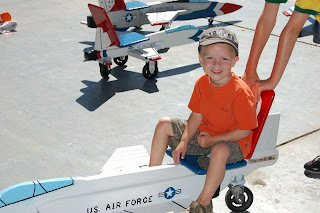 Tony had to spend all of Saturday at the DV tent, so the kids and I decided to walk over to the flight line as early as we could to see the static plane displays before things got too crazy. 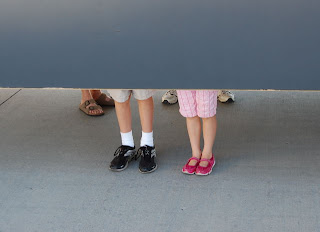 We chugged through the hangers and rode on the fighter plane bikes, walked around in a C-17, got down in the boom of a KC-135, stood in the bomb bay of a B-52... 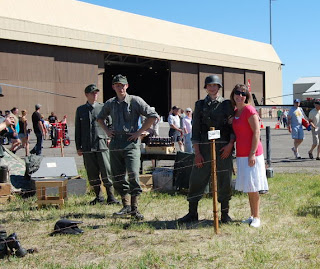 I even got busted fraternizing with the enemy. Nazis in this case... 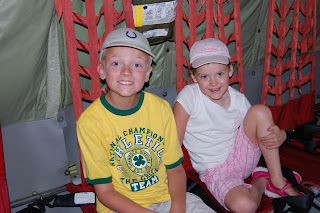 The kids had a ball playing on the helicopters. This is Sam and Anna in the cargo hold of a UH-1 Huey. 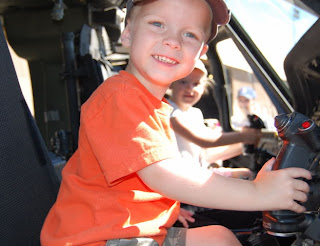 Josh kept asking all the guys to "take him up in the sky." No takers. But the UH-60 Blackhawk pilot let Josh and Anna "fly" one for themselves. We only lasted about half an hour into the actual "Air Show" part of the Air Show. The kids love the B-2 "Stealth" because their friends' dad flies one. Plus it looks like a batman plane. We had some ice cream and then headed home. 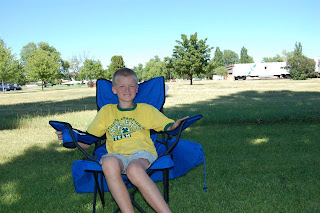 At about 3:00 we called Tony to check on the stars of the show (they were parked right in front of the DV tent) and he let us know they were started up and ready to take-off. 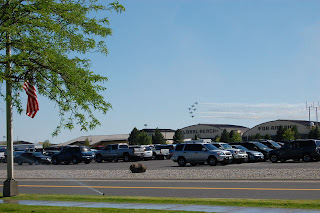 So Sam, Josh and I walked down to the park by our house and watched the show from there. 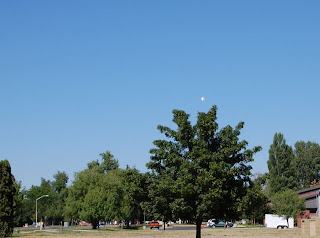 I'm adding this picture because it shows you how close these things got to our houses. This plane is almost over the park that is two houses down from us. Thank goodness these guys are GOOD. A little on the loud side, but good.
Posted by Amber M. at 8:06 PM

We are SO jealous at this house!!! The closest we get to something like that, are landings from Southwest and Delta. Lucky you!

Awesome!! So glad you got to enjoy the air show a bit before the huge crowds. Ours is just insane with people!! We've learned to love the sound of fighter jets around here, but they still make us jump every once in a while.

Offut's is coming up Aug. 28th and we're taking the whole family. We haven't been since Savannah was born. Should be fun.

Looks like you guys have had a lot of fun this summer with your activities and road trips!

Oh my goodness...the air show brings back many memories of Fairchild. When Alan was stationed there we got to see the Thunderbirds. They are truly amazing. I think you and I were pregnant that summer. I was just getting over morning sickness. I was so glad to of had the opportunity to see the show it was absolutely breath taking and awe inspiring. Probably one of the best highlights of being a military wife!