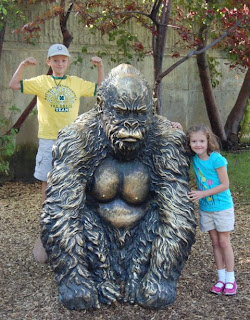 We took some time during the last few days of our trip to Utah and spent the morning at Hogle Zoo with Grammy Joan, Lena and Cora, Becky and Tucker. We really had a chance to see all the animals and because school had started in the valley that week, we pretty much had the place to ourselves. 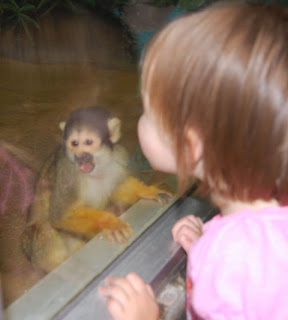 I'm including this picture

even though it is a little blurry because it showed what Cora did the entire time we were there...tried to kiss all the animals through the glass. At least this spider monkey was cute... 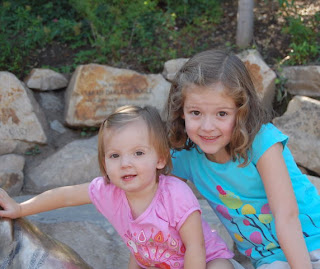 After all the time Anna is forced to bum around with a couple of brothers, she sure enjoyed the time playing with Cora. She also got some extra special play time with Tucker at the zoo after lunch...the little cousins just loved her. 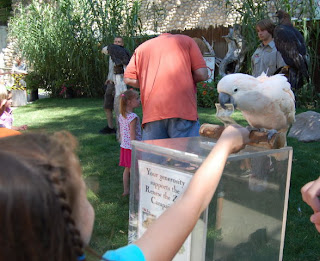 We love the bird show at the Hogle Zoo! And when it doesn't go as scripted, it is even better! They had a terrible time with a Harris Hawk not wanting to get back in his cage that threw the whole show off a bit (the Harris Hawk would like to eat the other birds in the show if given a chance) but it was a "hoot." After the show, Anna took a dollar to donate up to the front and this bird took her dollar out of her hand and shoved it into the donation box. Pretty cool. 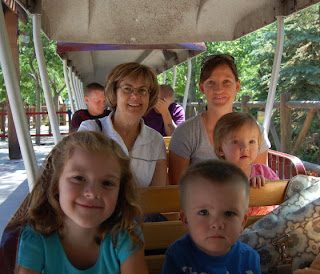 After the bird show we met up with Tucker and Becky and took the rather short train ride around the zoo. And despite the serious look, Tucker really did enjoy the train ride!!:-) Fun times at the Hogle.
Posted by Amber M. at 12:45 PM

What is with the serious look from Tucker?! Funny. Your pictures are all so adorable. We had so much fun having you guys here. Love you!