I'm really not sure how to start with this post. Ever since I was a little girl and read all the books about Alcatraz I could get my hands on, an actual trip there seemed pretty unbelievable. But Monday morning at 9:30, we were on a ferry to "The Rock".

I took this photo from the ferry. It is the burned down warden's home, the lighthouse and building 64 which was used a barracks. 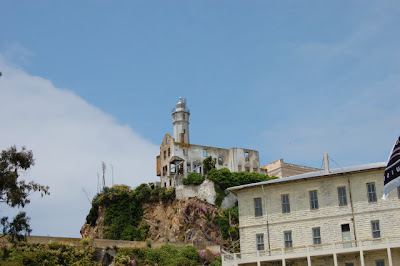 After a brief orientation film, they brought us through the shower room to get our self-guided tour tapes. We kept waiting for Sean Connery and Nicolas Cage and all the SEAL guys to pop out of the shower floor. Obviously, not the shower room they used in filming The Rock. 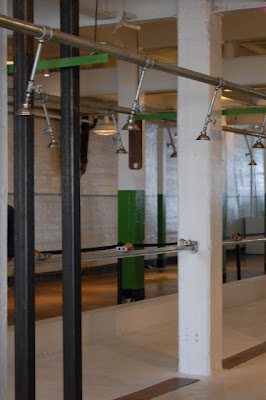 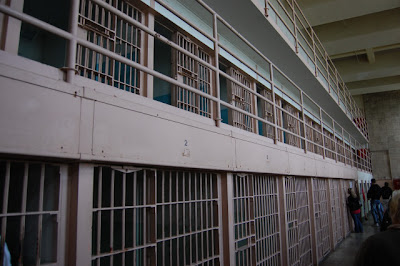 Inside one of the standard cells. Tony could raise his arms and touch both of the outside walls of the cell. So tiny. 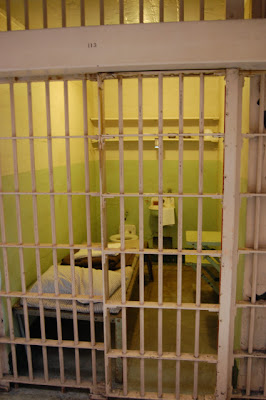 Tony in one of the cells on D Block...solitary. 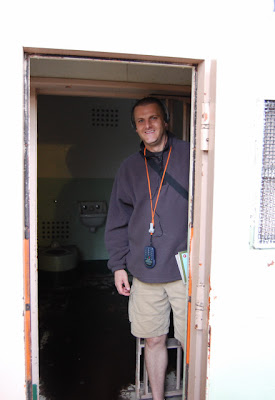 This was the actual menu posted on the day they transferred the last prisoners off of Alcatraz. 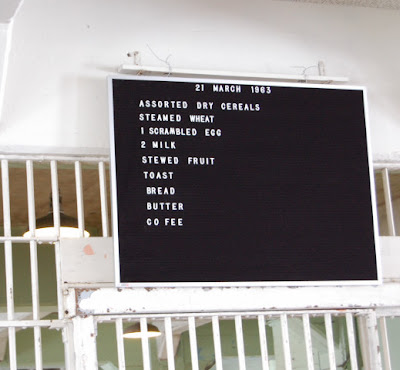 Despite it's notorious reputation and haggard appearance, there were moments like this that we would come around the corner and see something truly beautiful. 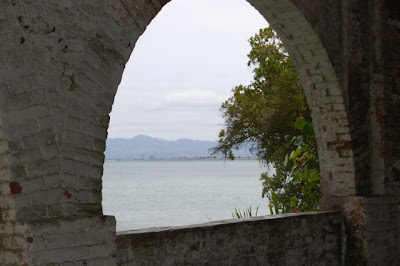 Tony and I on the ferry back to the pier. What a fun way to start our only full day in San Francisco! 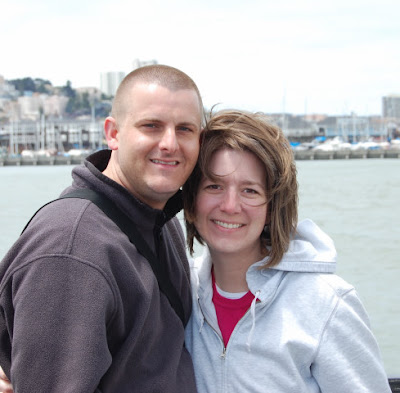 way cool! i'm a little disappointed that phil hartman couldn't give you all your tour though :-).

Very interesting!!! I've always wanted to see that! Have a great trip!