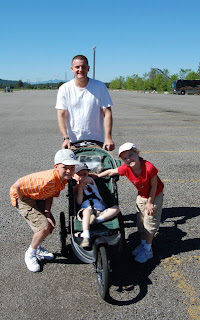 We got to spent the day today at Silverwood Theme Park in Northern Idaho! It was another activity sponsored by the base for families that have had a deployed parent this year and they got us complimentary tickets for both theme and water parks for the family, provided lunch, and unlimited Pepsi products for the entire day. Crazy cool. But the best part was that they opened roller coaster alley an hour early just for us (notice we are the only car in the parking lot because Tony wanted to be the first people in line) so we had complete run of Tremors, Timber Terror and at the very end of the hour, they even opened Aftershock. 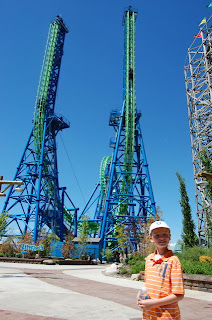 So our friends and us took turns watching little kids while the adults rode coaster after coaster after coaster. A couple of times, we ran off the ride and ran around to the front and rode it right away again. They were all three pretty great, but the consensus is that Aftershock pretty much rocked our world. Wow. 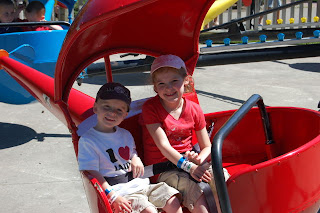 The kids had so much fun and were so patient with each other...Anna rode ride after baby ride with Josh and we all took a time out by riding the train around the park (Josh's favorite part). We spent about 2 hours at the water park after we exhausted the rides and enjoyed the perfect 78 degree weather. We are all sunburned and exhausted, but it was a fabulous day. 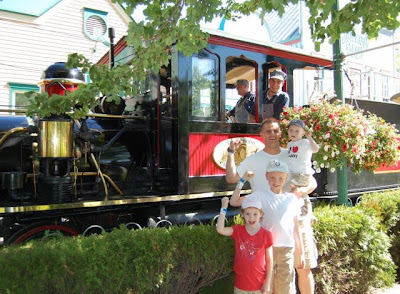 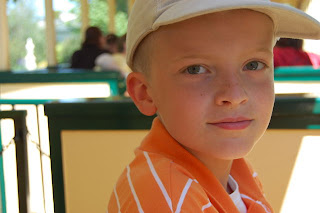 And just for the record, I totally showed my boys up. Sam and Tony both got so urpy after Aftershock that I had to take Josh on the carousel all by myself...
Posted by Amber M. at 9:47 PM

What a fun and well deserved day for your family. Looks like such a fun time. Way to be the "strong" one Amber!!

Sounds like a really great day - you guys totally deserve it!

Sounds like a fun day! There's nothing like going to an amusement park on a nice day with hardly anyone there. Anna was so sweet to ride with Josh all day too. We love you guys and miss you every day!

That's my girl--although you got it from your Mom. You know how I am with heights.

Looks like so much fun! Glad you had a blast!

Looks like tons of fun. I would have been sick after all of that...blah.