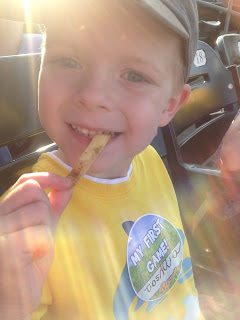 Last night was Military Appreciation Night at Riverwalk Stadium! Tony had to attend a church broadcast, but I decided to take the kids anyway. The stadium (although a lot smaller than Turner Field) is new and clean and so much FUN! Right as we walked in, they have a booth with stickers for the kids who are attending a Biscuits game for the first time. Such a fun idea. We got to the game a little early to find our seats and grab some ballpark dinner...pretzels, corn dogs, hot dogs and fries.

As the teams were warming up, some of the pitchers that wouldn't be playing in the game came and sat along the edge of the arena and were signing autographs. Anna went down and although we didn't have anything for them to autograph, Merril Kelly kindly agreed to a picture. 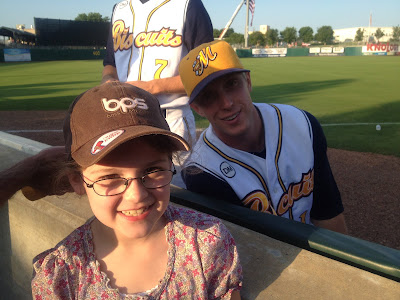 Because it was Military Appreciation Night, the local recruiters and guys from the base played a big part in the pre-game. The OTS candidates came onto the field followed by 145 new recruits that took the Oath of Enlistment from Lt. General Fadok, the President and Commander of Air University. An Air Force major sang the National Anthem and then there was a 21 gun salute, and a flyover by two F-15's. 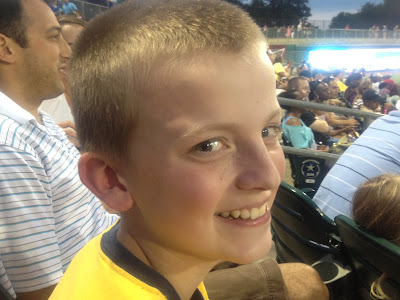 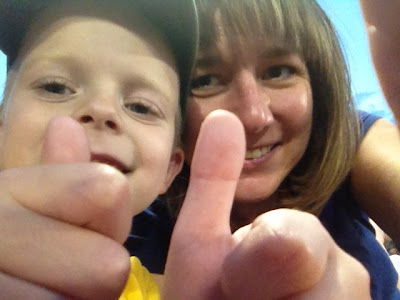 Such a fun night cheering for our Biscuits and celebrating our military heritage. Go Dough!